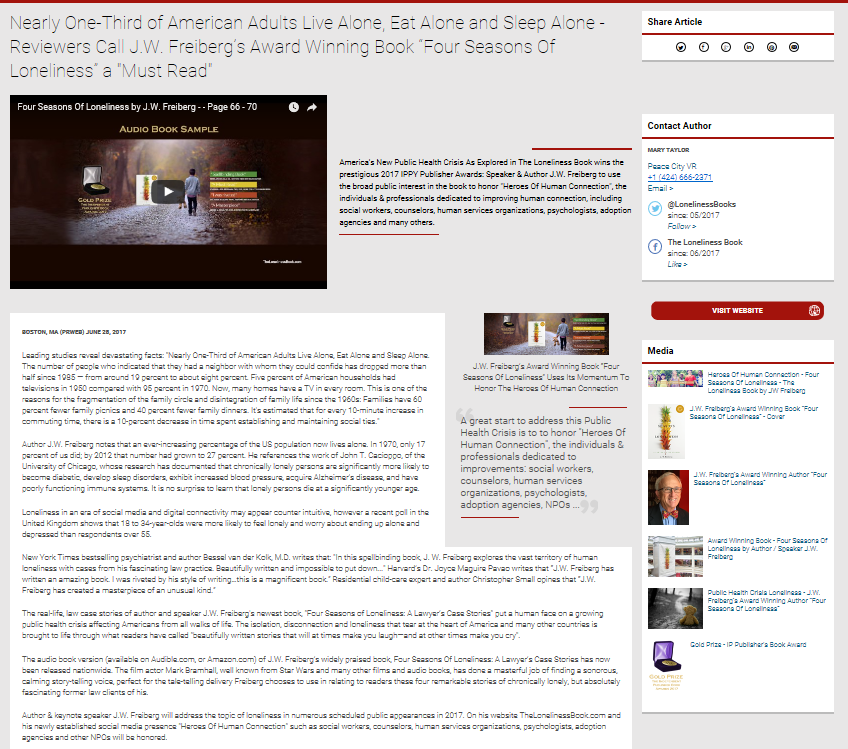 Leading studies reveal devastating facts: “Nearly One-Third of American Adults Live Alone, Eat Alone and Sleep Alone. The number of people who indicated that they had a neighbor with whom they could confide has dropped more than half since 1985 — from around 19 percent to about eight percent. Five percent of American households had televisions in 1950 compared with 95 percent in 1970. Now, many homes have a TV in every room. This is one of the reasons for the fragmentation of the family circle and disintegration of family life since the 1960s: Families have 60 percent fewer family picnics and 40 percent fewer family dinners. It’s estimated that for every 10-minute increase in commuting time, there is a 10-percent decrease in time spent establishing and maintaining social ties.”

Author J.W. Freiberg notes that an ever-increasing percentage of the US population now lives alone. In 1970, only 17 percent of us did; by 2012 that number had grown to 27 percent. He references the work of John T. Cacioppo, of the University of Chicago, whose research has documented that chronically lonely persons are significantly more likely to become diabetic, develop sleep disorders, exhibit increased blood pressure, acquire Alzheimer’s disease, and have poorly functioning immune systems. It is no surprise to learn that lonely persons die at a significantly younger age.

Loneliness in an era of social media and digital connectivity may appear counter intuitive, however a recent poll in the United Kingdom shows that 18 to 34-year-olds were more likely to feel lonely and worry about ending up alone and depressed than respondents over 55.

New York Times bestselling psychiatrist and author Bessel van der Kolk, M.D. writes that: “In this spellbinding book, J. W. Freiberg explores the vast territory of human loneliness with cases from his fascinating law practice. Beautifully written and impossible to put down…” Harvard’s Dr. Joyce Maguire Pavao writes that “J.W. Freiberg has written an amazing book. I was riveted by his style of writing…this is a magnificent book.” Residential child-care expert and author Christopher Small opines that “J.W. Freiberg has created a masterpiece of an unusual kind.”

The real-life, law case stories of author and speaker J.W. Freiberg’s newest book, “Four Seasons of Loneliness: A Lawyer’s Case Stories” put a human face on a growing public health crisis affecting Americans from all walks of life. The isolation, disconnection and loneliness that tear at the heart of America and many other countries is brought to life through what readers have called “beautifully written stories that will at times make you laugh—and at other times make you cry”.

The audio book version (available on Audible.com, or Amazon.com) of J.W. Freiberg’s widely praised book, Four Seasons Of Loneliness: A Lawyer’s Case Stories has now been released nationwide. The film actor Mark Bramhall, well known from Star Wars and many other films and audio books, has done a masterful job of finding a sonorous, calming story-telling voice, perfect for the tale-telling delivery Freiberg chooses to use in relating to readers these four remarkable stories of chronically lonely, but absolutely fascinating former law clients of his.

Author & keynote speaker J.W. Freiberg will address the topic of loneliness in numerous scheduled public appearances in 2017. On his website TheLonelinessBook.com and his newly established social media presence “Heroes Of Human Connection” such as social workers, counselors, human services organizations, psychologists, adoption agencies and other NPOs will be honored. 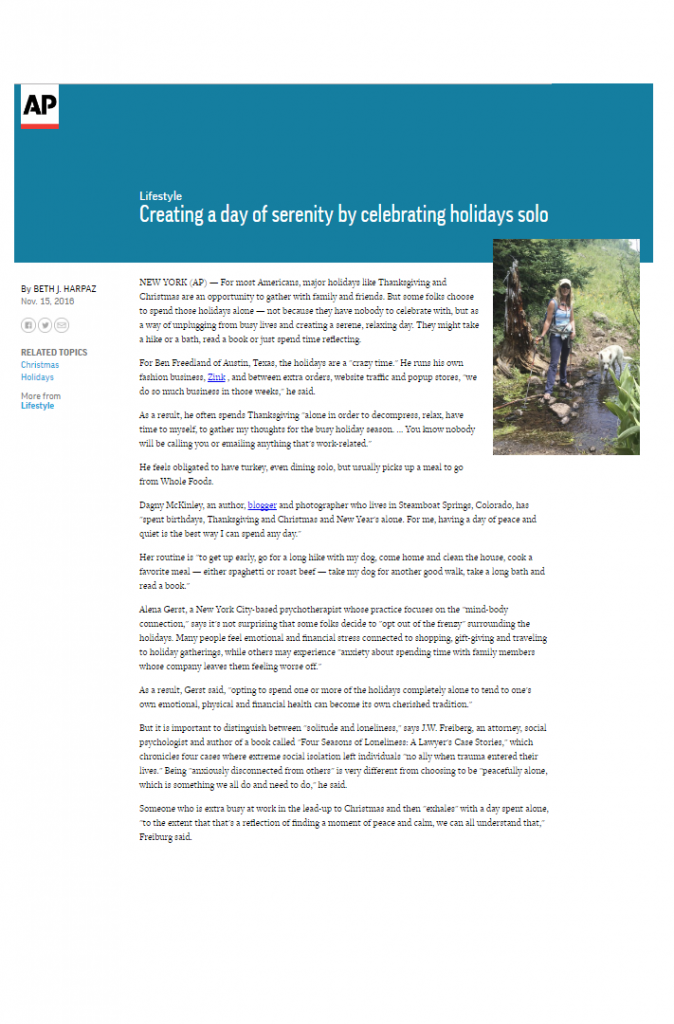 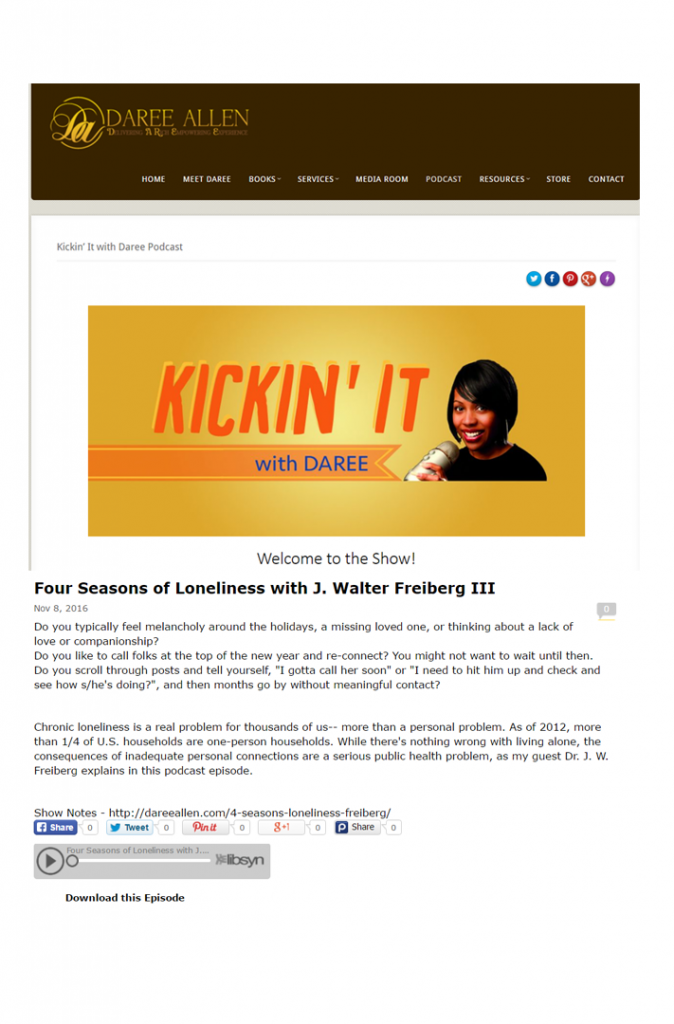 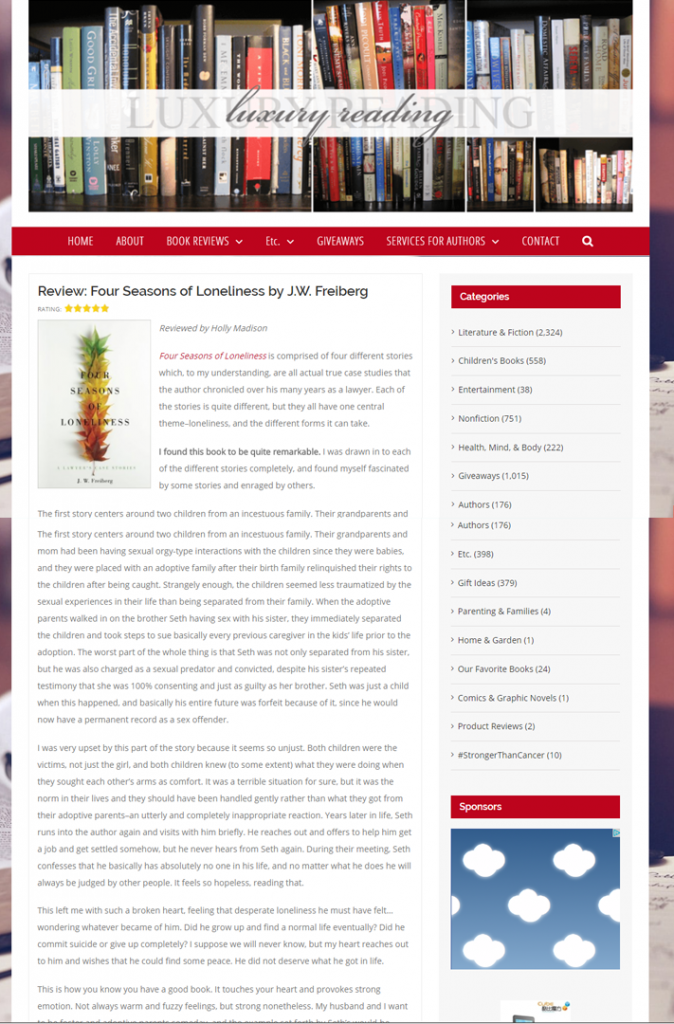 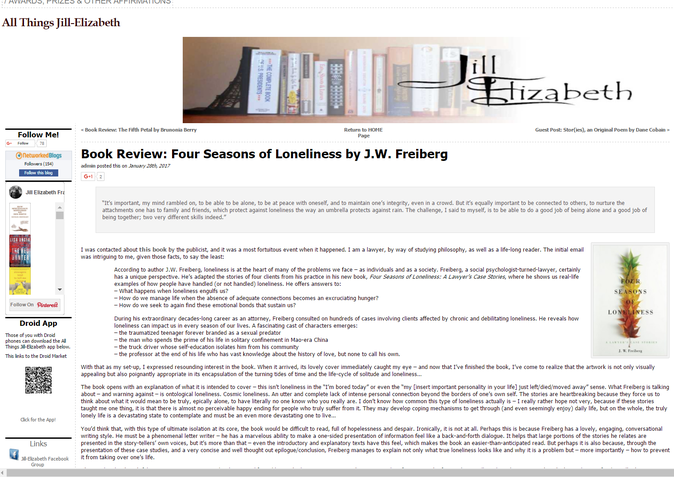 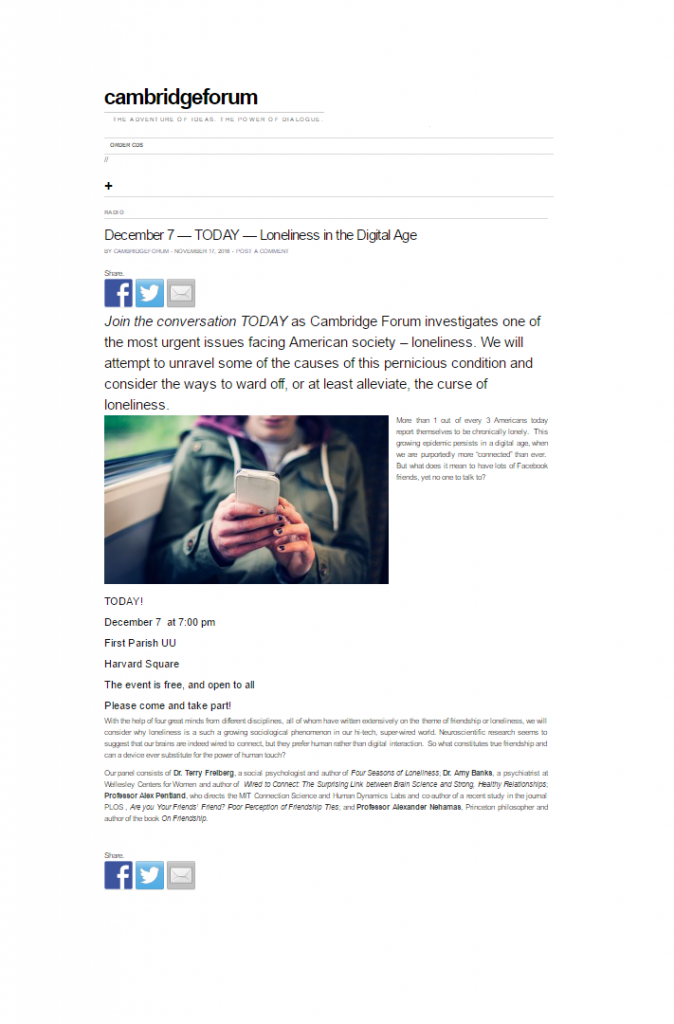 J.W.F. featured in Attorney At Work 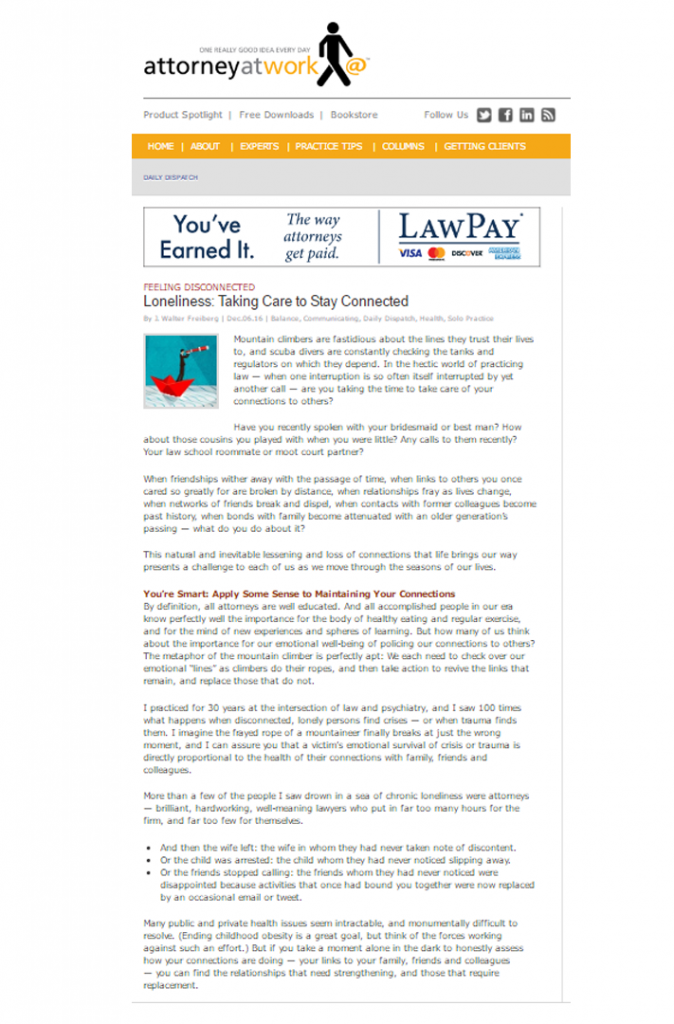 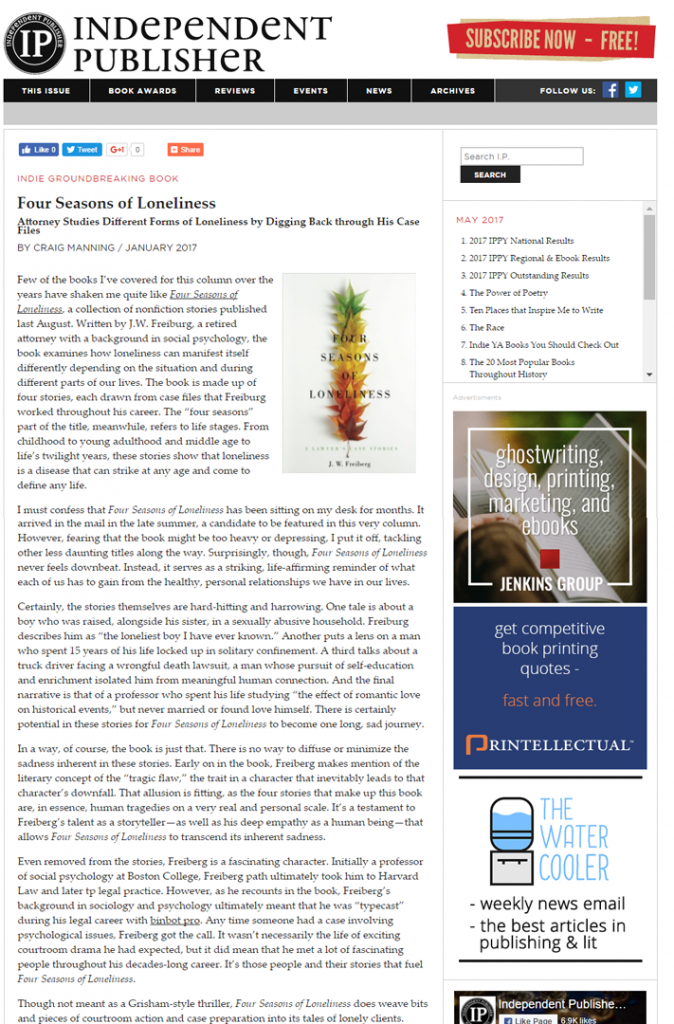