Freedom & Loneliness: Are Digital Companions The Future Or The Problem?

Talk on The Cambridge Forum

This panel consists of Dr. Terry Freiberg, a social psychologist and author of Four Seasons of Loneliness; Dr. Amy Banks, a psychiatrist at Wellesley Centers for Women and author of Wired to Connect: The Surprising Link between Brain Science and Strong, Healthy Relationships; Professor Alex Pentland, who directs the MIT Connection Science and Human Dynamics Labs and co-author of a recent study in the journal PLOS , Are you Your Friends’ Friend? Poor Perception of Friendship Ties; and Professor Alexander Nehamas, Princeton philosopher and author of the book On Friendship.

The full recording 1.5 hours of this forum event can be seen above as well as under either The Cambridge Forum or on YouTube under WGBH Forum Network. It is listed as No. 105, and is called “Freedom and Loneliness: Are Digital Companions The Future or The Problem? There is footage of each of the four speakers answering questions on stage. About 30 people attended the taping in person and the recording went out over NPR nationally. The Cambridge Forum is in its 50th year, and is a very highly respected forum to be invited to. You can easily take a look on their website at who has spoken there over the years.

J.W. Freiberg was honored with an invitation to give a talk in front of the Mark Twain Literary Group at the renowned Olympic Club in San Francisco. With a history going back to 1860 this country club has become an institution. In the 1800s, the membership roster included such names as Mark Twain, William Randolph Hearst, Charles Crocker, Leland Stanford, James G. Fair and John Mackay. 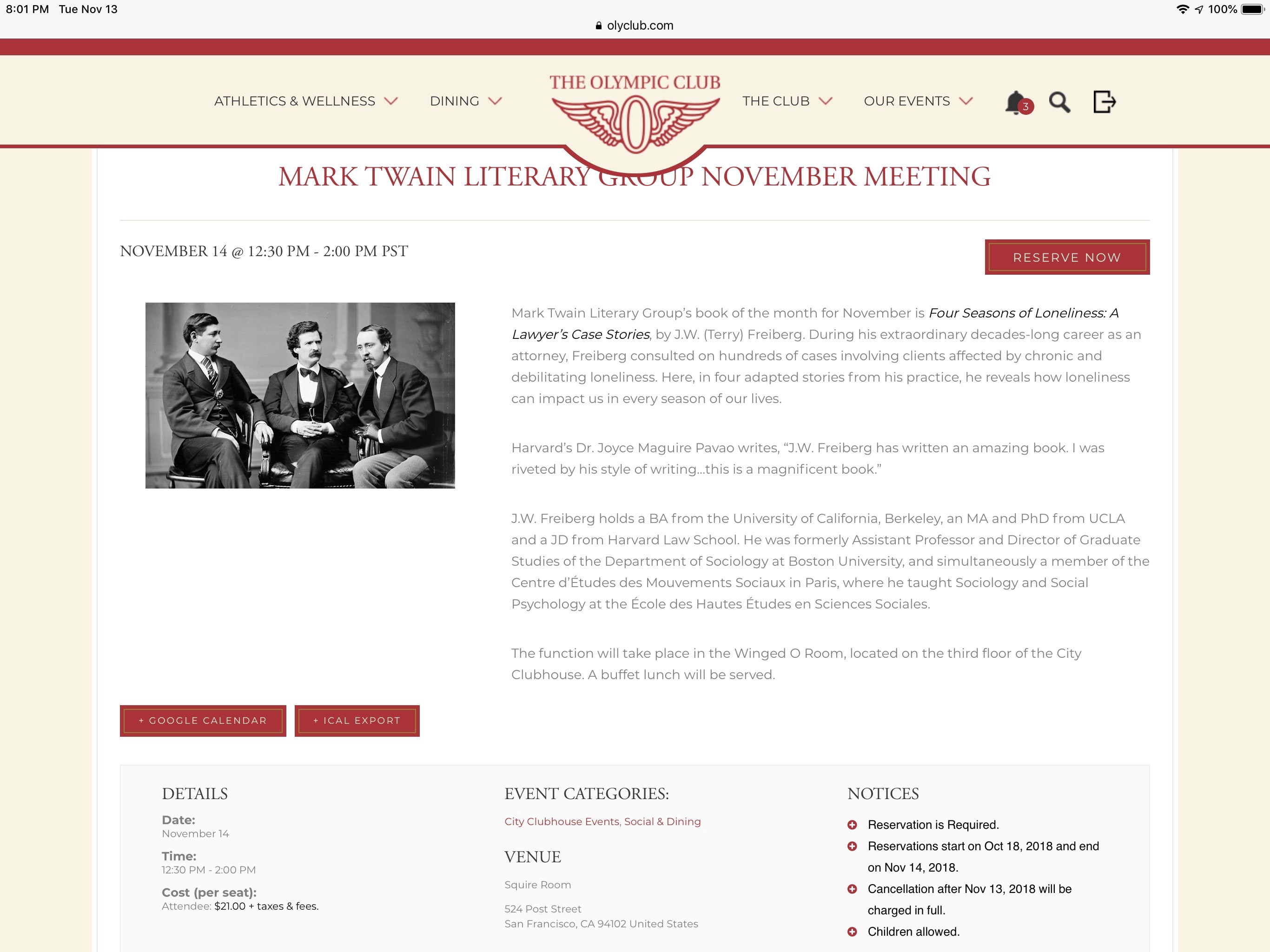 This is a small, but well-loved bookstore in Marion, Massachusetts, which very rarely invites authors for readings and book signing events. The exact date in July is still to be determined.

The Dedham Club is a Boston based country club that has a reading club with over 80 members. The author was invited to speak to the group, followed by a book signing event."

The Home is the nation’s oldest and largest private children’s social service agency. About 50 Program Directors and Administrators from the Home’s 15 varying programs attended to hear a talk by the author on The Loneliest Boy, before a book signing event was held. The Home has invited the author to organize a major symposium on Loneliness in Children in the late fall of 2017.

This is the top independent bookstore in the Boston area. Over 60 people attended this event, which involved a 45 minute talk and reading by the author, and then a book signing event. 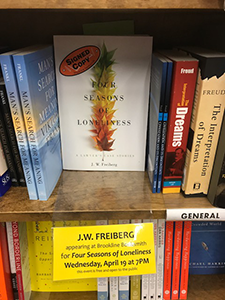 The Forum in a fifty-year old, highly sophisticated venue where great minds [their term, not mine!] are invited to speak on the most topical and controversial issues of the day. Besides a live audience, Forum proceedings are broadcast over National Public Radio throughout the United States.